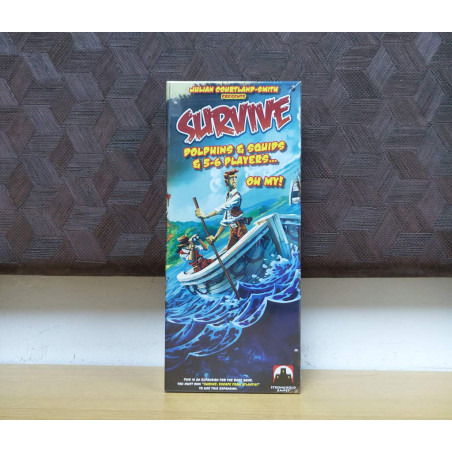 Survive: Dolphins & Squids & 5-6 Players...Oh My! is a collection of three mini-expansions for Survive: Escape from Atlantis! that were previously available separately. These mini-expansions can be used individually or in combination with the base game. These expansions are:

Dolphins and Dive Dice: The dice add chaos to the game with the ocean creatures now moving faster, but players can use dolphins to ward them off and help their people survive.
The Giant Squid: This beast can attack explorers on land or in boats.
5-6 Players: Now up to six players can compete for space in the lifeboats as they flee the island. 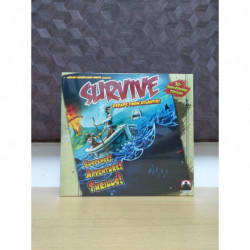