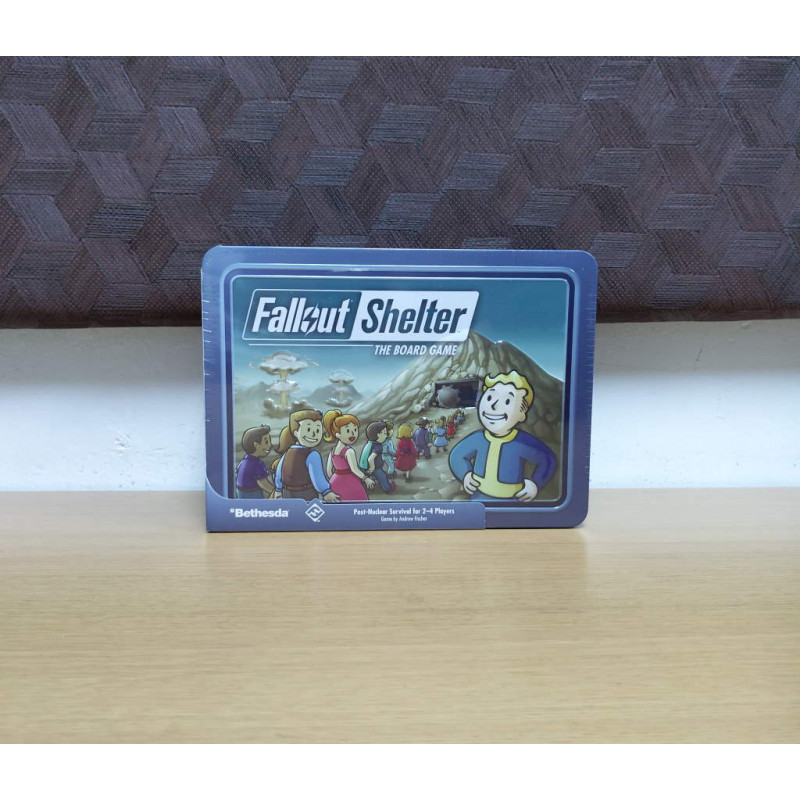 Fallout Shelter: The Board Game

Build a better future underground in Fallout Shelter: The Board Game, a post-nuclear worker-placement board game for two to four players. Based on the hit mobile game from Bethesda Softworks, Fallout Shelter sees you take on the role of a vault officer fostering happiness among the citizens of your vault. With the election of a new Overseer looming, the officer who can gain the most happiness among the dwellers is sure to lock up the election and attain victory.

As an officer, you'll have to direct your dwellers to where they'll spend their time in the vault, whether it's spending some time relaxing in the lounge, gathering vital resources like food in the community gardens, or battling a radroach infestation in the game room. The choice is always yours, but remember, you'll have to balance happiness and efficiency to lead your people to a brighter future underground!