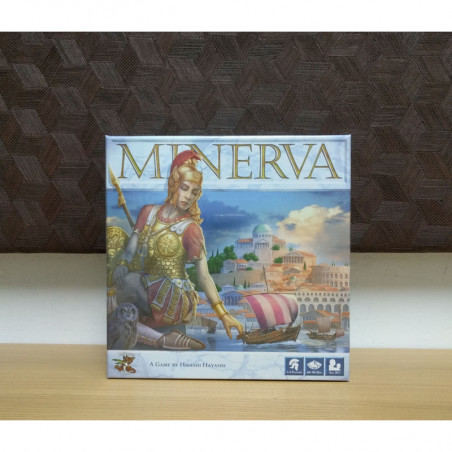 The Roman Empire. An Empire so large and powerful its fame remains still today. In order to keep its vast territories under control, the Roman Empire sent out state managers to exercise its policies.

The players are one of these managers, in charge of one of the Roman cities, all aiming to become a prosperous and important city, like Rome, the glorious capital. Only the player who develops his city best, will earn the favour of the goddess Minerva and win the game.

The player who has the most Victory Points (VP) at the end of the game wins.

In order to gain VPs, the players will build military facilities to earn military fame, develop cultural facilities to assist cultural activities, and construct temples and layout the city so that it is worthy of its temples.

But all of this requires resources and gold. And only building impressive buildings won't get anyone far without any inhabitants. The players will have to build living quarters so that the other buildings can have an effect.