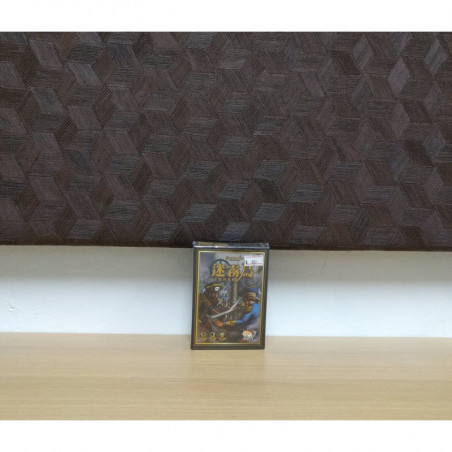 Legend had it that Ocracoke Island was a haven for pirates and a most mysterious hideout for Blackbeard. To celebrate the harvest of the last plunder, he held a huge party for pirates from across all oceans. Unfortunately, while everyone was present enjoying the party, an explosion interrupted the festivities. The navy had discovered their hideout! Every guest ran for their lives, but biggest treasure was still on Blackbeard's ship, Queen Anne's Revenge. Blackbeard and his men had no choice, but to defend their ship from being captured by the navy!

In Ocracoke: Gold and Glory, if you are the navy, you fight for the glory of the country, trying to collect enough treasure that you can place Blackbeard in jail. Otherwise, you collect as many gold coins as you can, then run away from the turmoil. In game terms, you want to collect five coins before anyone else, and you do this by taking actions:

Use the ability of one of two double-sided action cards, then flip the card to its other side.
Declare the answer with all players.

Players continue for several rounds until one player collects their fifth coin, at which point the game ends immediately.