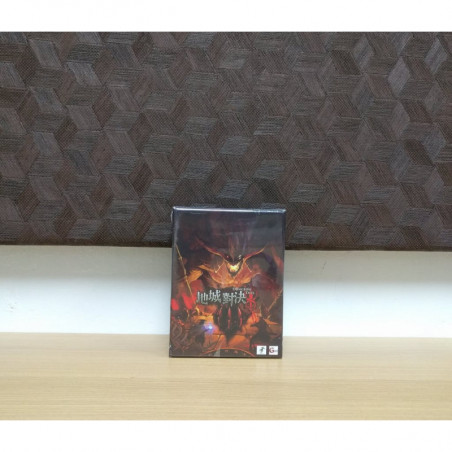 Dungeon Duel is a two-player game in which players recruit warriors, look for weapons, hunt monsters, advance the level of their characters, learn magic, and set traps to stop your opponent.

At the beginning of the game, each player may choose one of the three characters. They have a variety of abilities, including enhancing your attack, increasing self-healing ability, gaining section action, and having different ways to win the game. Taking good advantage of the combination of the characters is the most important challenge of the game.

In this game, a player wins immediately by meeting one of the following victory conditions:

A player's soul level exceeds their opponent's by four or more.
A player accumulates six different elements.
The opponent’s HP is reduced to 0.

If neither of the players meets any of these victory conditions before the last card on the third floor is resolved, the game enters the final scoring phase, with the player who has the highest soul level winning the game.