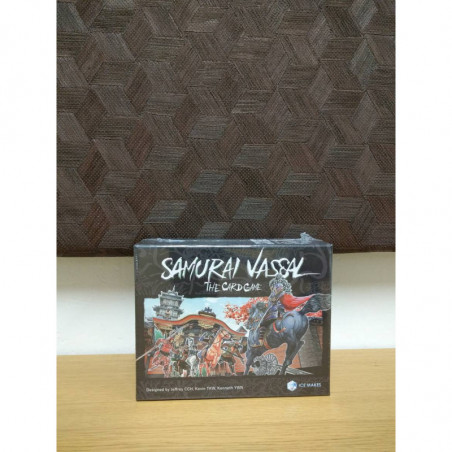 Samurai Vassal is a fast-paced simultaneous action card game for 2-6 players. The theme is set in ancient feudal Japan during the Sengoku period. During this time period, Japan didn’t have a ruler so it was split into different regions ruled by different warlords called daimyos. Each player plays as a samurai to propose policies to their daimyo in order to win his trust. In each round, players can discuss what kind of policy they will propose. They may form alliances and gain the daimyo’s trust together and or deceive each other and become the lone winner. The first player who gains 12 trust points from the daimyo wins.