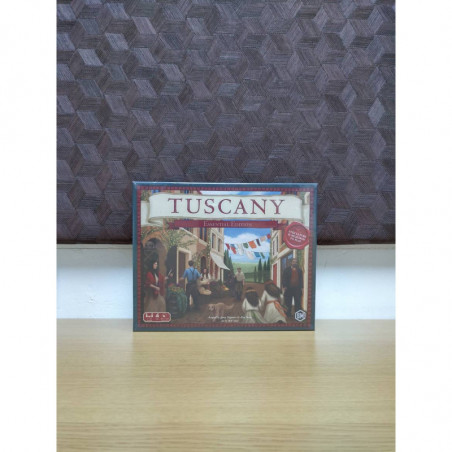 Tuscany Essential Edition is an expansion for for Viticulture which features the three most popular expansion modules from the original Tuscany expansion:

Extended Board: New game board featuring four full seasons for worker placement.
Structure Cards: New cards that players can build to supplement their existing structure figures.
Special Workers: New workers with their own special abilities, which players can train.

All other expansions from the original Tuscany expansion will go out of print.