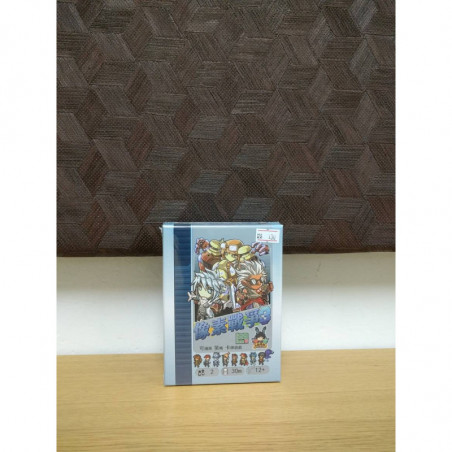 Gerard Matranga / Mercenary – Ignore wave restrictions on attacking!
Alice Zero / Failsafe – Who allows you to switch leaders mid-game!
Arret Draamivaar / Dispatcher – Recruit up to 14 heroes at once!
Cherri Seneca / Dreamseer – Drawing cards is a free action for you!
Udstad / Golem – Forces your opponents to flee in terror!

Pixel Tactics 3 is a head-to-head game of tactical combat for two players. Each player has an identical deck of 25 cards, from which they draft a leader. The leader's abilities alter vastly the strategy and playability of every other card in the deck, making the game playable in 25 different ways.