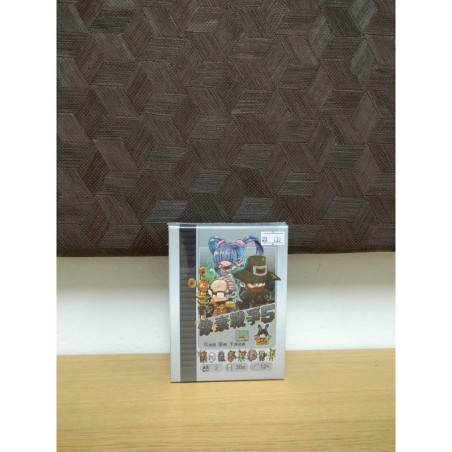 Pixel Tactics is a head-to-head game of tactical combat for two players. Each player has an identical deck of 25 cards, from which they draft a leader. The leader's abilities alter vastly the strategy and playability of every other card in the deck, making the game playable in 25 different ways.

Pixel Tactics 5 takes place in the same world and uses many of the characters from Level 99 Games' BattleCON: War of Indines, but its gameplay is entirely unrelated.
This iteration of Pixel Tactics was originally planned to be released as the following Pixel Tactics Deluxe kickstarter promos:

For ease of distribution these were combined to make Pixel Tactics 5.