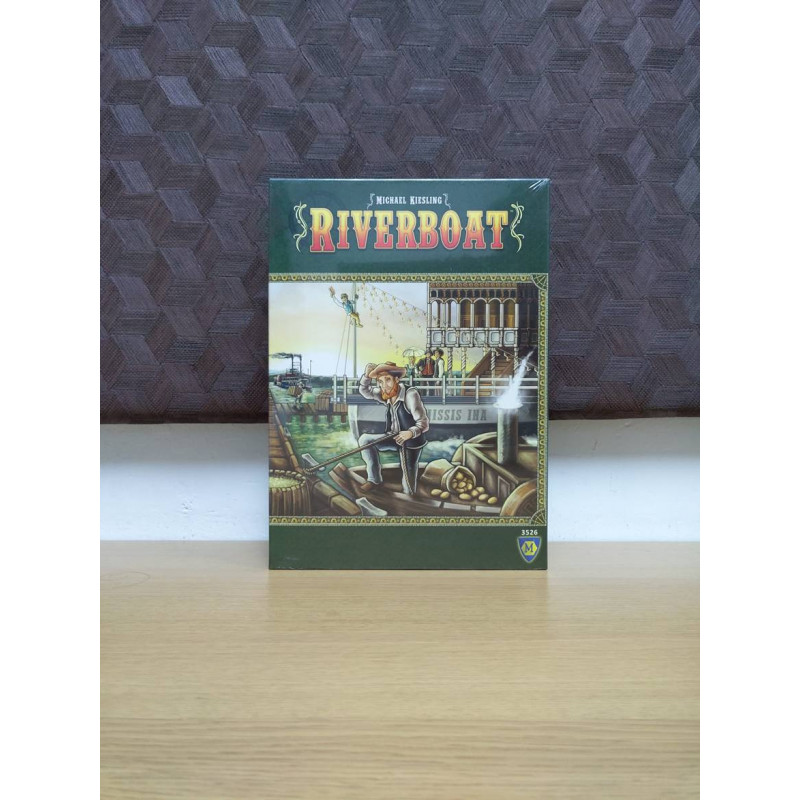 Riverboat posits each player as the owner of a 19th century farm on the bank of the Mississippi River. You need to organize your workers to ensure that the fields are ordered according to their type and harvested when ready so that the goods can be shipped to New Orleans.

In more detail, the game lasts four rounds, and at the start of each round players draft phase cards until they're all distributed. The phases then take place in numerical order, with the player who chose a phase being the first one to act. In the first phase, players place their workers in the fields, with each player having the same distribution of colored field tiles, but a different random placement for each player. In phase two, players organize their crops, trying to group like types together, with some fields requiring two or three workers. In phase three, players harvest crops and load riverboats, with a dock needing to be filled with all the goods of a single type before it can be loaded. In phase four, the boats are launched and players can take special actions, with additional victory points possibly coming in phase five.